Introduction
The size and weight of a building as well as the nature of the soil structure it is built on play a critical role in foundation design. Soil pressure distribution must be addressed to ensure a sound structure. Spread footing is a crucial structural component that provides strength for a building's foundation.
Definition of footings
Footing is a structural element that transfers a building’s weight to the soil using columns, walls, and lateral loads from earth-retaining structures. Our PE Civil exam review course discusses footings and their physical characteristics for engineers preparing for the PE Civil exam. 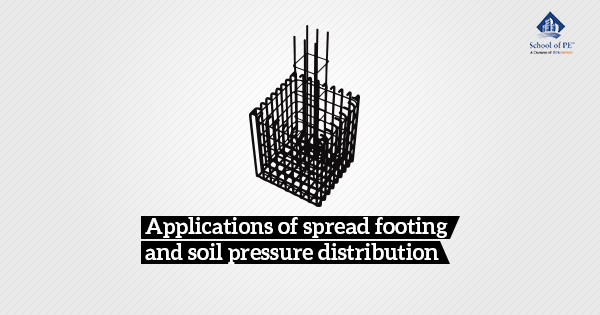 Importance of Spread Footings
· A spread footing foundation has a wider bottom portion compared to a load-bearing foundation; the wider bottom "spreads" the weight of the structure over a larger area for greater stability.
· While traditional spot footings only have a single point of contact with the foundation, spread footings extend support continuously across the entire building layout.
· Spread footings are used to support a foundation or set of piers below a building.
· To add additional support, spread footings are constructed with concrete and reinforced with steel. Since spread footing transfers the weight of the building over a large area, spread footings have little risk of failure compared to spot footers.
· Spread footing extends the life of a building by minimizing structural damage. Footings must be designed to carry the column loads and transmit them to the soil safely.
· Spread footings may be circular, square, or rectangular.
· Spread footings are common in residential construction.
Mode of Distribution of Soil Pressure in a Spread Footing
Column loads act at the center of the footing, creating a uniform surface for the soil underneath the footing area. The distribution of pressure depends on the composition of the soil and on the degree of flexibility of the footing.
Types of Spread Footings:
· Isolated Footing
When columns are spaced far apart, isolated footings are used to support single columns.
· Combined Footing
When two columns are close to each other and their individual footings overlap, a combined footing is required. A combined footing supports two columns so that the load is evenly distributed. A combined footing may be rectangular or trapezoidal.
· Strap Footing (Cantilever)
In strap footing, two isolated footings are connected with a structural strap (rigid beam) or lever.
· Mat Foundation (Raft)
A mat foundation is a large slab that supports several columns and walls under the entire structure. If several columns overlap each other, then a single footing for all columns is provided. This type of footing is known as mat footing. Mat foundations are used to reduce the differential settlements on non-homogeneous soils. 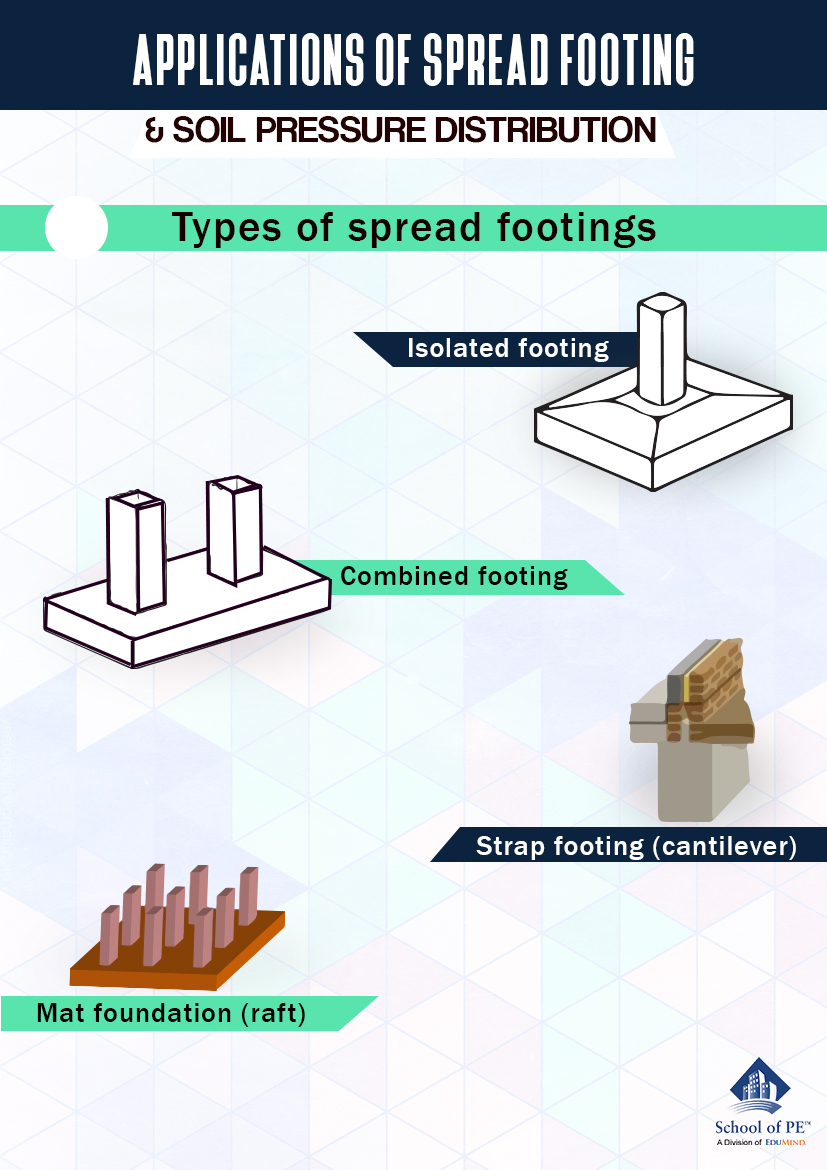