Introduction
Water is an ideal solvent with a neutral pH value and is colorless, odorless, and tasteless in its purest form. Any physical or chemical change in water that affects the health of a living organism is known as water pollution. Water can become contaminated due to domestic, industrial, physical, chemical, and biological pollutants.
Water pollution is a global problem affecting millions of lives.
· 1.8 billion people do not have access to clean water
· 70% of all industrial waste is dumped into bodies of water
· 2 million tons of sewage is disposed of into bodies of water each day throughout the world
· 840,000 people die each year from water-related diseases 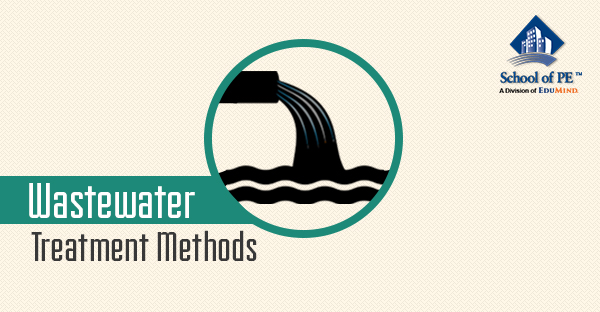 Primary Treatment
Screening stage: Incoming raw sewage enters the treatment plant and passes through a series of screens to remove large, floating organic material.
Sedimentation stage: In the second stage, water enters the sedimentation tanks to remove sand, small stones, and grit. The particulate matter settles out to form a mud called sludge. In the next step, sludge is removed and transported to a digester. Primary treatment removes about 35% of biochemical oxygen demand (BOD) from the polluted water.
Secondary Treatment
Secondary treatment is a biological process involving microorganisms. The wastewater is pumped into oxidation ponds where the microorganisms oxidize its organic matter, and then it is transferred from the primary sedimentation tank to the stabilization tank. The partly-treated water then enters the final sedimentation tank where the sludge settles. After the sludge is settled, it is transported to the digester.
Chlorination Stage
At this stage, the pH value of the water is near neutral. The BOD value of water is assessed, and the chlorination process is activated to kill harmful pathogens. After chlorination, water that is safe to use can be discharged. Secondary treatment removes about 90% of BOD. Secondary treatment does not remove all nutrients, heavy metals, solvents and pesticides. To be cautionary in regards to safety, water should be treated in an advanced stage that involves sophisticated methods and technology.
Tertiary Treatment
Tertiary treatment is a physicochemical process aimed to remove the turbidity of wastewater caused by nitrogen, phosphorus, dissolved organic matter, heavy metals, and pathogens. Tertiary treatment involves a chemical oxidation of wastewater using strong oxidizing agents, such as chlorine gas, perchlorate salts, ozone gas, and UV radiation. Tertiary treatment renders the water safe to be discharged back into the environment.
Wastewater treatment topics are extensively discussed and emphasized in our PE exam review courses for both environmental engineers and water resources engineers.
By School of PE May 18, 2017 00:31