NCEES has added a January date for the PE Civil exam. Rest assured that you are covered by our COVID-19 Risk-Free Enrollment. Learn More

The Basics of Temporary Traffic Control 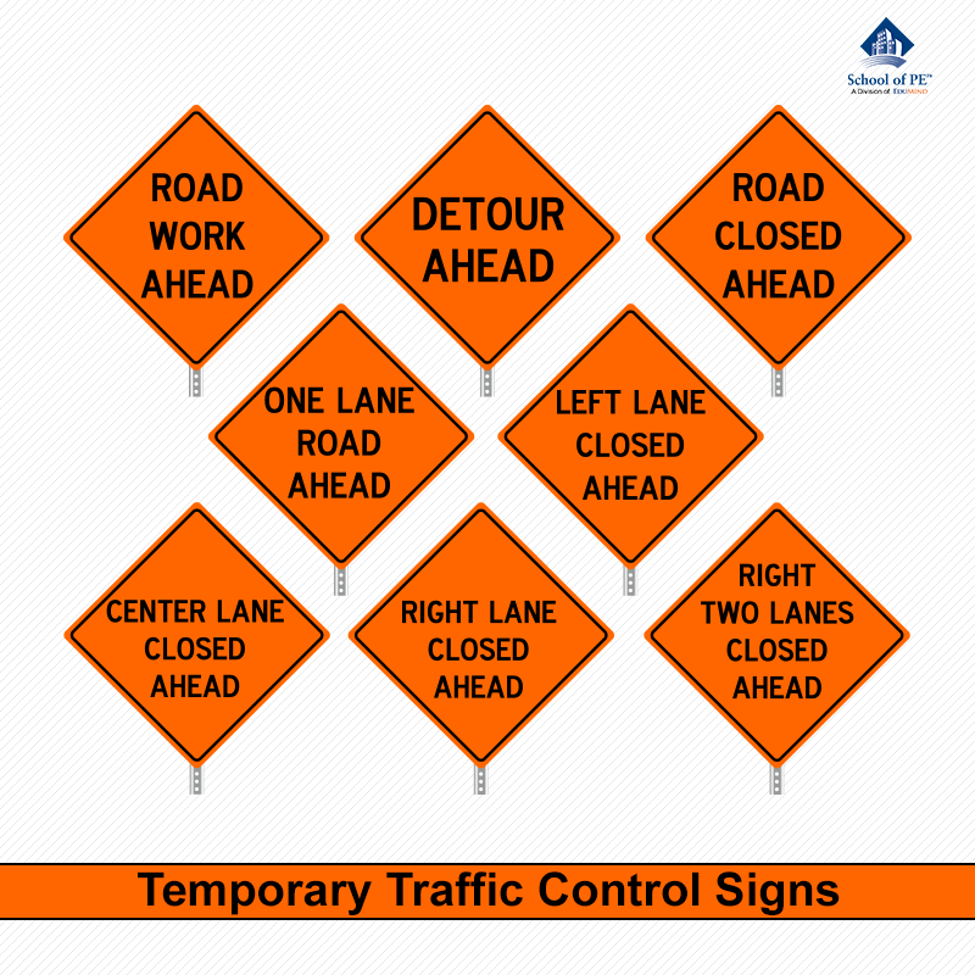 Temporary traffic zones are composed of several components. The advanced warning area is used to tell traffic what is ahead. The transition areas are used to move or shift traffic away from the normal path. The activity area is composed of an optional buffer space to provide additional protection for equipment and workers and the workspace where the actual roadway operation is being performed (such as pavement patch repair or utility work in public right of way). The last part of the temporary traffic control zone is the transition area, where traffic begins to shift back into normal traffic operations.
There should be extensive strategic planning and design consideration before implementing temporary work operations. This produces driver unfamiliarity and the potential for serious collisions. A temporary traffic control plan is developed by designers and engineers and must be stamped by a licensed professional and approved through the office of the governing jurisdiction of the road (county, state, or municipal) before implementation. Site-specific plans are usually developed based on guidance by the MUTCD, which provides 46 typical design configurations for the placement of signs, markers, barricades, and channelizing devices (such as shoulder work, work in the center of an intersection, and detours through urban areas).
By School of PE March 02, 2020 19:00